Coming Home to the Moon 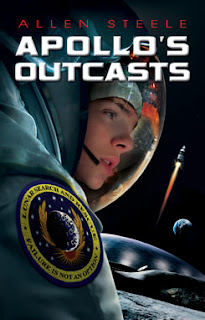 Jamey Barlowe was born on the Moon, in the lunar colony Apollo, but has lived almost all of his life on Earth.  For his sixteenth birthday, he's going back.

He doesn't know this, and it's not the sort of birthday surprise you want to have.  Jamey's father works for the International Space Consortium.  Dad has just become a wanted man along with a number of his coworkers.  They signed a petition protesting a position taken by the Vice-President.  The President has just died, allegedly by assassination, and the new Commander in Chief is rounding up her political enemies.

Jamey and one of his sisters, along with the children of several ISC employees, are hurriedly evacuated.  Jamey's other sister gets bumped from the ride to make room for a girl named Hannah.

Jamey doesn't realize just how much his life is about to change, nor how much he's about to be forced to grow up.  None of the kids do.